How to get Better and Faster Together Through Positive Competition 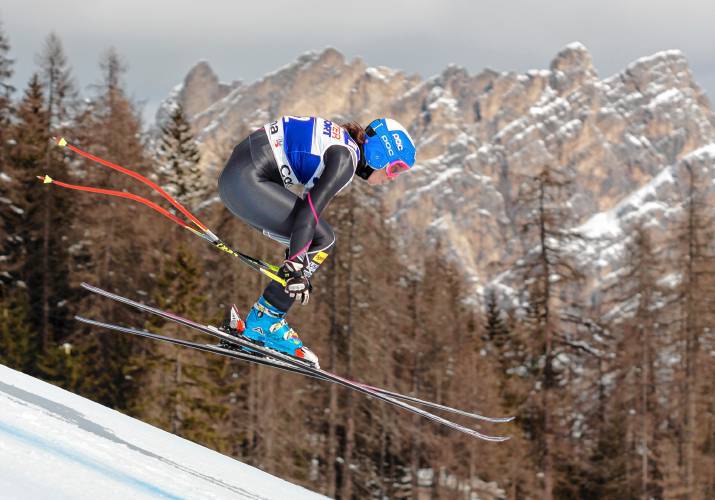 Julia Ford knows a thing or two about competition—both the up and downsides. As a 6-year member of the U.S. Ski Team, Ford started in 40 FIS World Cup races and was a member of the 2014 Olympic team, in Sochi, Russia.

She hails from a ski racing family, honing her skills on the slopes of Okemo, Vermont. Ford isn’t just a ski racer—she’s an all-around athlete. In fact, while attending the Holderness School in New Hampshire, along with being the school’s president, she was the captain of the varsity soccer and lacrosse teams. She managed these achievements all while training with the U.S. Development Alpine Ski Team.

Currently, Ford is the director of alpine skiing at Cardigan Mountain School, an all boys’ boarding school in New Hampshire. As an athlete and a coach, she has a profound perspective on competition—and how to compete in a healthy way. Here, she shares her experiences with competition as a top-level athlete and how her evolving point of view resonates with the non-profit organization, Better & Faster Together.

Our interview with Julia Ford:

Q: How did your upbringing lead to ski racing?

A: I grew up in Holderness, NH. I wasn’t just a ski racer; I played every sport because I loved to compete. There were a lot of competitive skiers on my mom’s side of the family so I followed in their footsteps.

Q: What kind of competitor were you?

A: I was hyper competitive and skiing was a way to push myself. I always wanted to win. I believed I could be the best and that I should be winning—even when I was 12. The competition part can get out of control. Throughout my career, I learned to focus less on myself and make my team better by competing in a positive way. That was my biggest learning curve.

Q: What does it mean to compete in a positive way?

A: I’m really hard on myself and can be hard on others because I have a high standard on how one should work and perform. But I’ve had to work on that. Skiing is so individual and I realized I was accountable for only my performance.

On the U.S. Ski Team, I was fortunate that my teammates became my family. We lived together, traveled together and did everything together. If we didn’t have a positive environment, it would have been so hard. We all came from different places and upbringings, but we enjoyed getting together outside of skiing. We trained together and pushed each other—but mostly we cared about each other outside of results. We appreciated each other’s successes while also being there for each other when we weren’t succeeding.

When I was up and coming on the speed team, five women made the podium that year. Success fuels success. It’s not just about how you’re skiing, it’s how you’re caring for each other and treating each other off the hill, too.

Q: Was it a conscious change to move from self-focus to thinking about others?

A: When you’re younger, you’re learning the sport, but when you get older, you’re trying to qualify for races and that’s when you start comparing yourself to others and you get competitive against others.

On the national team, I learned that all I can control is what I’m doing. You care so much and work so hard—of course you want to win. But I always tried to appreciate the success of others because it means their hard work pays off and I know how hard it is to make that happen.

Q: What is your relationship to Better & Faster Together?

A: Better & Faster Together is a non-profit organization that’s about supporting athletes, parents and coaches in competitive sports. It honors my friend Betsy (who passed away) because she was so inclusive with everyone around her. She knew that someone else’s success is not your failing. You’re going to get better at any sport together instead of just focusing on yourself.

A: The organization has a lot of components that will benefit the competitive world of sports. I love it for the psychology of it: We’re working together in a competitive environment to lift the level of play for everyone.

I have found that often when you join a sport, you don’t know what it all entails. So the ability to educate people in the right capacity is crucial, as well as providing scholarships or grants to compete. It helps kids stay in sports when it might be too difficult otherwise. I had a lot of help getting to the point I got to, which I wouldn’t have been able to reach without a support team.

Q: As a coach with a high-level background in sports, what’s your best advice for healthy competition?

A: You can learn a lot about personal well-being from sports and Better & Faster Together is a great platform for providing that information and awareness.

As a coach, here are three things that I share with athletes:

Get updates on what we're doing — add your email.